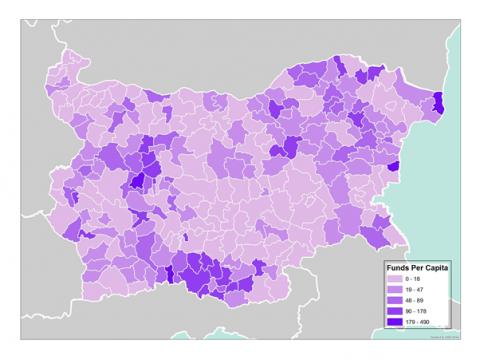 In 2004 and 2005, Bulgaria was unexpectedly hit by torrential rain that caused extensive flooding. To deal with the destruction, the government awarded nearly €67m to 257 flood-stricken municipalities (see map below). For many of Bulgaria’s impoverished municipalities, the funds were a substantial financial injection, and mayors and local councils were the ultimate authority on how the money was spent. Not surprisingly in a country ranked as the second-most corrupt in the EU, the media uncovered multiple instances of local politicians pocketing the money. According to estimates by opposition parties, €59m disappeared into the coffers of firms related to the ruling political coalition.

The working paper is available from the SSRN here